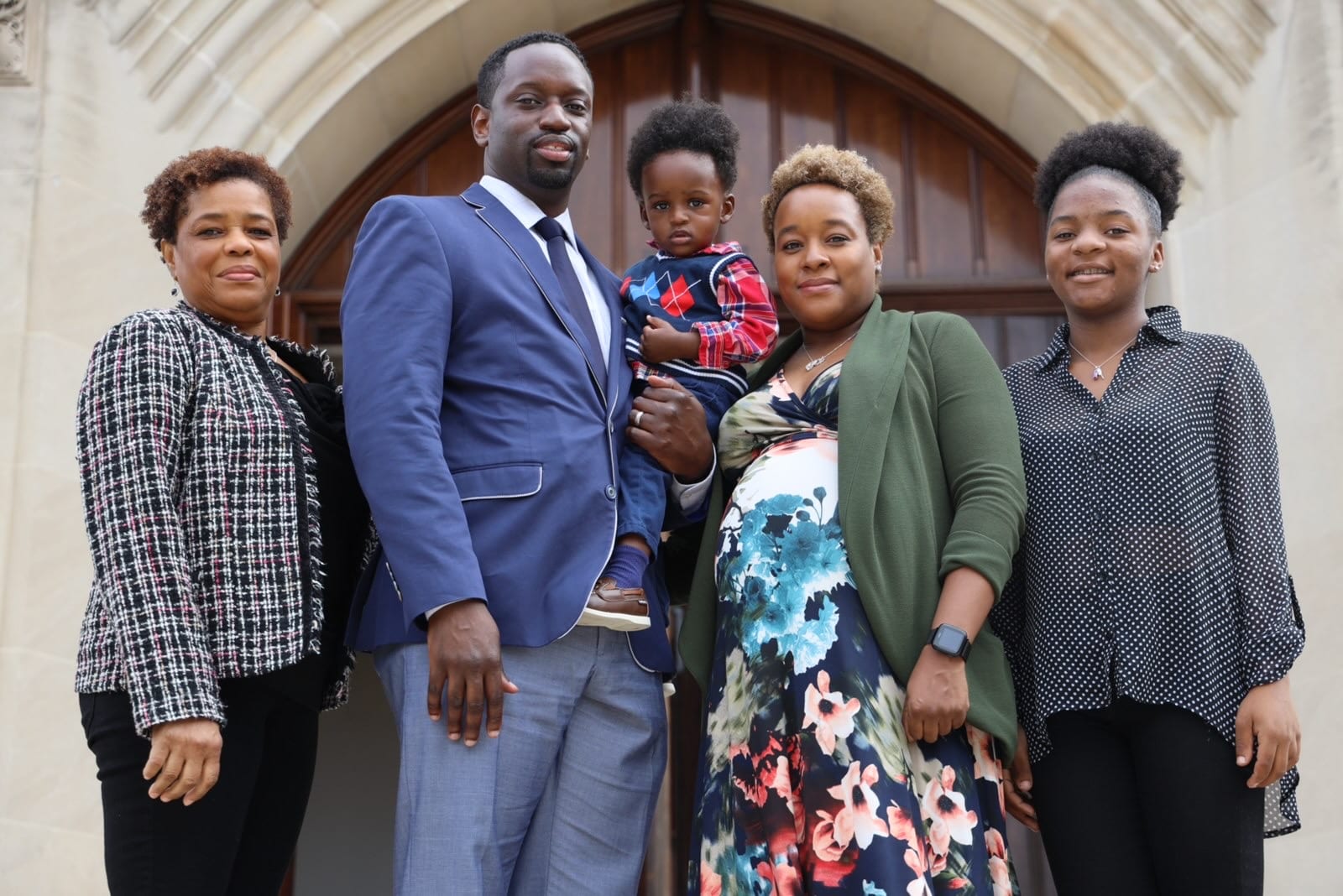 The Abraham/Weaver family has been attending TPC as a family unit since 2016. Before their marriage, Thomasina and Randy attended the church while dating. Prior to that, Randy began attending the church at birth.

Randy was born into a family that started their Adventist roots back in Trinidad and Tobago. His parents migrated to the Washington, DC area, and some years later, he was born at the Washington Adventist Hospital. His mother was already attending TPC and began attending the church as well. A few years later, his brother Kevin was born, and he began attending the church as well. Randy grew up at TPC and attended John Nevins Andrews School, Takoma Academy, and Columbia Union College (now known as Washington Adventist University). Randy spent many years between high school to now working on the sound team at TPC, singing in a young men’s acapella group, and playing and coaching church league basketball. He is currently working in the Legal IT field and has developed a new passion for helping people get educated on financial investing, with hopes to bring that knowledge to people in the church.

Thomasina was born in Brodnax, VA, to a loving, church-going family. Thomasina, aka Tommie, and her brother were raised in a beautiful country environment surrounded by family. Her family was so close that she has cousins that were raised as brothers and sisters to her. After high school, Thomasina moved to DC to attend Howard University and majored in Administration of Justice.  Once she graduated from Howard, she began working in the legal field as a Paralegal and Litigation Support.  Before dating Randy, Thomasina attended First Baptist of Glenarden.

Randy and Thomasina are blessed to have an almost 2-year-old son (Joshua), with a daughter (Leah) on the way. After the birth of Joshua, the immediate family became a sort of blended family as Thomasina’s mother (Vanessa) and niece (Ti’era) moved under the same roof to help raise Joshua and Leah. Vanessa is a dedicated Christian that was very involved and active at her home church in Lawrenceville, VA, before moving to the Washington area. She is retired and now dedicates her full time to helping raise Joshua and Ti’era. Ti’era recently entered high school and is continuing to adjust to being in the Washington area, but she has already started enjoying taking part in some TPC youth events.

The Abraham/Weaver family feels honored to be a part of the Takoma Park Church family and look forward to supporting the church mission and raising up the next generation within this wonderful church body.