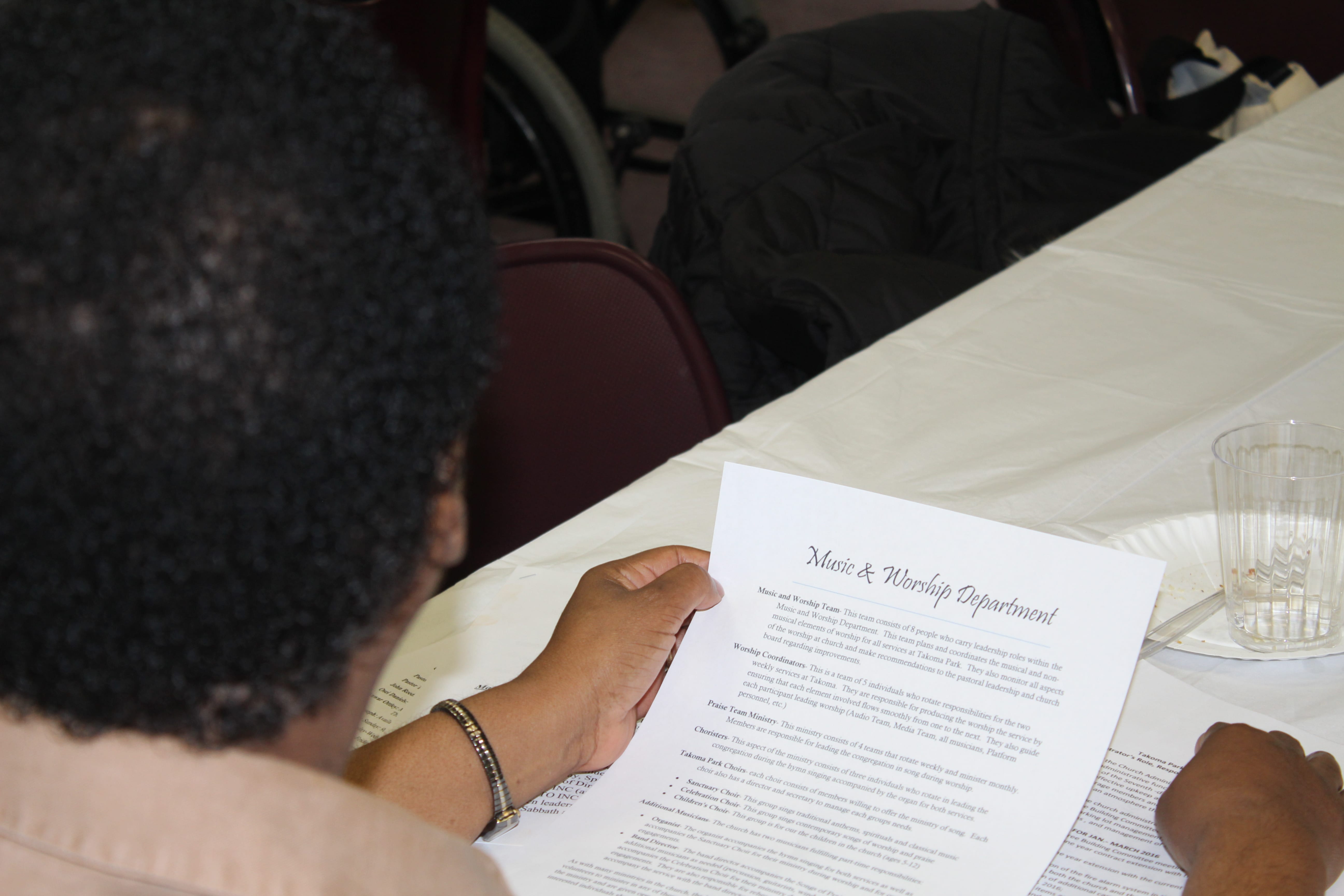 The regular hospitality lunch was canceled, but the doors were wide open to the more than 100 new members who joined the Takoma Park Seventh-Day Adventist Church (TPC) family in 2015. On Saturday, February 20, 2016, Pastor Henry Wright and several church leaders happily welcomed many of these new members to the church during the New Member Orientation held in the Church Center’s Fellowship Hall.

Throughout the program, the pastoral staff, administrative team and several of the elders introduced themselves and explained their roles in helping the church operate smoothly. The attendees were repeatedly invited to reach out to the leaders with questions, concerns and especially with interests about getting involved in the many ministries that TPC has to offer.

Some of the attendees were interviewed before the program began. They shared stories about how they first came to TPC, along with what kept them coming.

Lacie Pleasants was new to the area and in need of a church to attend. She first started watching Takoma Park’s services online before deciding to visit in person and eventually becoming a member.

“I decided to join the church here and I’m loving every moment,” Pleasants said.

While Pleasants found the online services convenient, Ardaine Gooden initially picked TPC because of its proximity to the Metro’s Red Line. The church’s accessible location may have caused Gooden to visit TPC but the connections, he said, especially reuniting at TPC with a friend from his home country of Jamaica, kept him coming back.

TPC’s location was also a bonus for Washington Adventist University student Alejandra Campos, but she found an even more significant reason than its closeness to the campus. Campos explained that she found TPC to be open and welcoming – the kind of church of which she wants to be a part. She’s not alone in this opinion.

“I like the fellowship here,” Yvonne Henderson said. “Something feels at home to me when I come here.”

Henderson initially attended Takoma Park Church with her son, Sean. They visited regularly for several months before choosing TPC as their new home church. And, upon returning to this area after graduating from a school in Oklahoma, Henderson’s daughter Chelsey also decided to join.

These are some of the responses new members gave when asked what made them join Takoma Park Church. The diverse answers showed how TPC meets diverse needs. These new members have found what they were looking for in a church, and have already formed strong connections.

“I cannot not go,” Henderson admitted.

Many new members at the luncheon also expressed an appreciation for the many active ministries at TPC. This observation was accompanied by an excitement to get involved in what the church is doing.

On the Righteous Path

The new members are excited about the direction in which Takoma Park Church is heading. Gooden said that he has enjoyed the growth he has seen while attending TPC. He sited increased focus on baptismal opportunities and a push for greater involvement by the congregation, as ways he believes TPC has blossomed right before his eyes.

Pleasants reflected, “Takoma Park Church is on that path that God can truly use.” 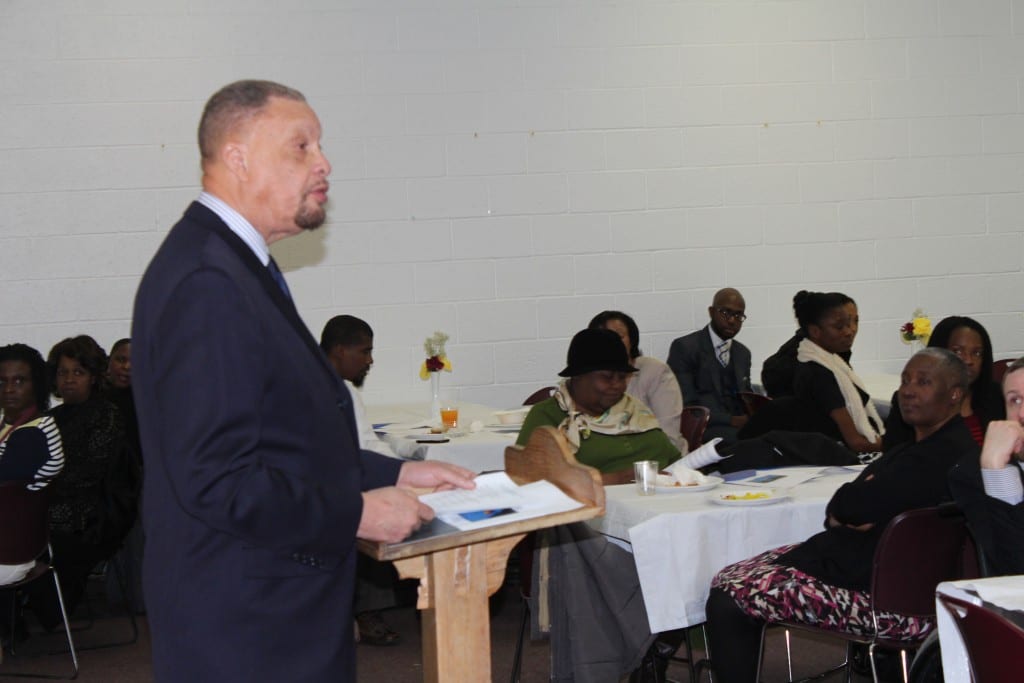 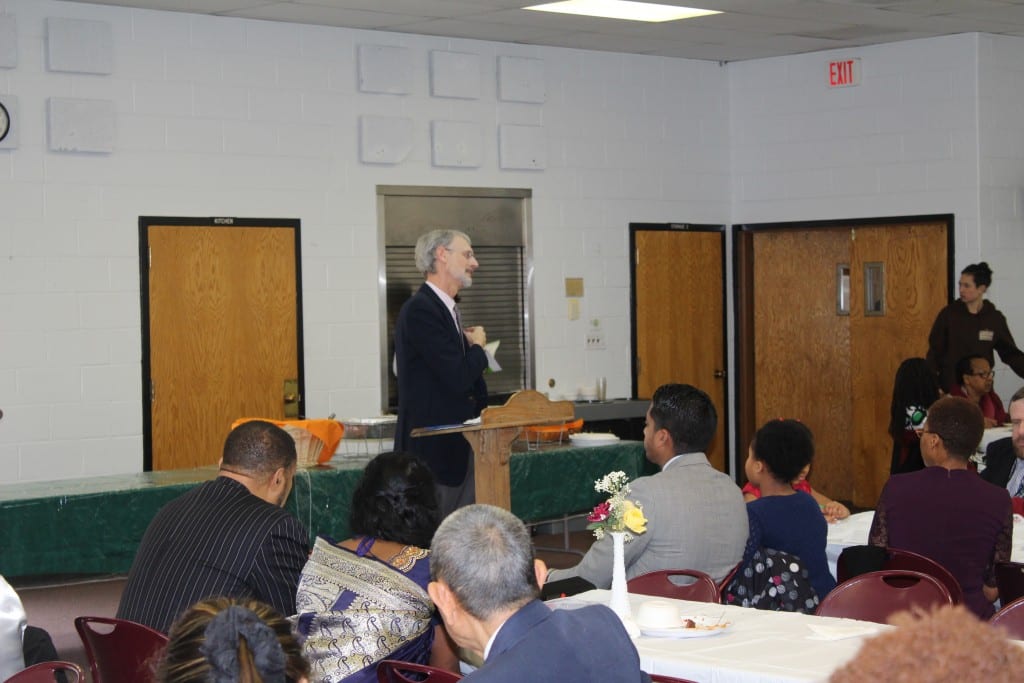 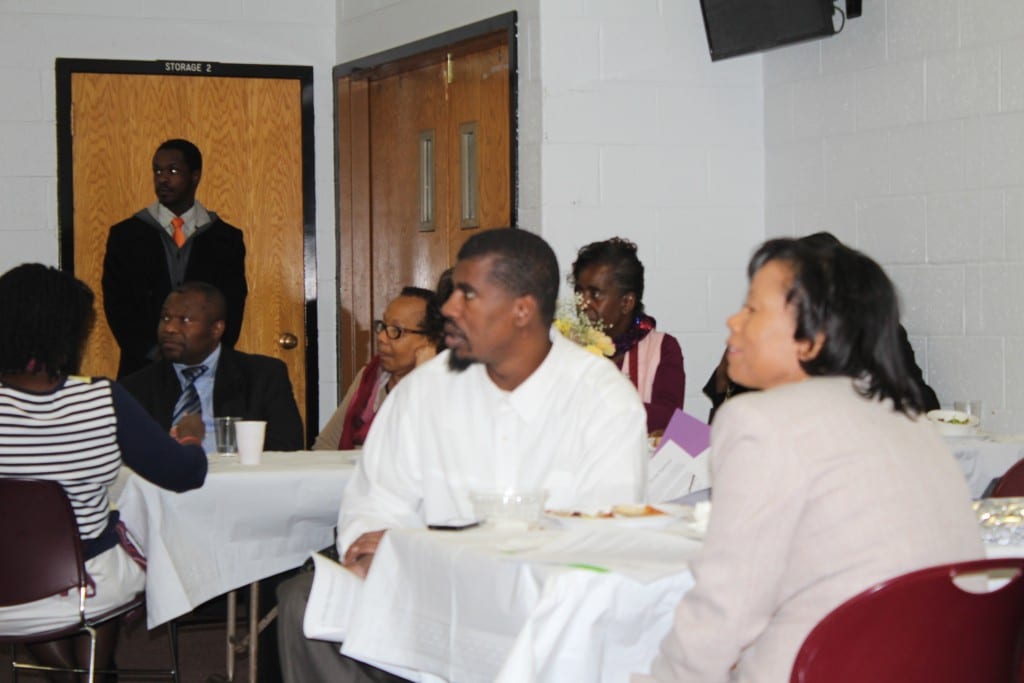